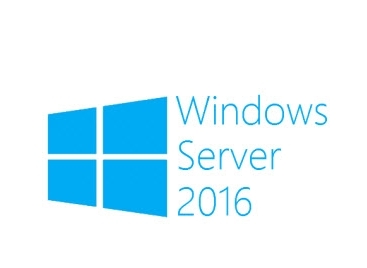 Windows Server 2016 is the cloud-ready operating system that supports customers’ current workloads and introduces new technologies that make it easy for customers to transition to cloud computing when they are ready. Windows Server 2016 delivers powerful new layers of security along with Azure-inspired innovation for the applications and infrastructure that power business. Advances in computing, networking, storage, and security give customers added flexibility to meet changing business requirements. Modern application platform features, including Windows Server containers and the Nano Server installation option, increase speed and agility.
System Center 2016 delivers a simplified datacenter management experience to keep customers in control of IT—whether on-premises, in the cloud, or across platforms. The solution builds on the experience and depth of previous versions and extends capabilities with Microsoft Operations Management Suite to give customers visibility and control of data and applications that live across multiple systems–from a single solution.

2. What editions are available in Windows Server 2016 ?
Customers can choose from three primary editions of Windows Server, based on the size of the organization as well as virtualization and datacenter requirements:
• Datacenter Edition is ideal for highly virtualized and software-defined datacenter environments.
• Standard Edition is ideal for customers with low density or non-virtualized environments.
• Essentials Edition is a cloud-connected first server, ideal for small businesses with up to 25 users and 50 devices. Essentials is a good option for customers currently using the Foundation Edition, which is not available with Windows Server 2016.

5. Why is Microsoft making these licensing changes ?
The transition to core-based licensing helps Microsoft align to a common and consistent currency across environments on-premises and in the cloud and removes friction from different licensing models, enabling multi-cloud scenarios. The change to core-based licensing is one of several steps Microsoft has taken to evolve the server licensing to support hybrid cloud. For example, the Azure Hybrid Use Benefit (AHUB) allows customers with Software Assurance to use on-premises Windows Server licenses to run Windows Server virtual machines in Azure at the base compute rate. With AHUB, customers can save up to 50 percent on Azure instances, depending on usage, instance type, and location. For complete details, visit www.azure.com/ahub.

b) Customers without Software Assurance (Open, Select, and OEM)
• All net new licenses will be core-based.

16. Can you share details on Additional Core License grants ?
Software Assurance customers with a server density of more than 8 cores per processor and 16 cores per server are eligible to receive additional core license grants and only pay Software Assurance on the incremental cores. To receive additional core license grants, customers must maintain a record of the physical hardware and the configuration of the licensed server by using the Microsoft Software Inventory Logging tool (SIL) or any equivalent software. Inventory must be maintained at the first expiration of the Software Assurance coverage after the general availability of Windows Server 2016 or before September 30, 2019.
Note: Customers are not required to share inventory with Microsoft, but may be asked to share inventory if required.

17. What is Nano Server ?
Nano Server is an extremely small, headless operating system ideal for reducing your datacenter footprint or running applications that use containers and microservices architectures. Nano Server can be managed remotely, via PowerShell or the web-based Server management tools, or customers can use existing remote management tools such as Microsoft Management Console (MMC) or System Center.

19. How is the servicing model changing with Windows Server 2016 ?
The servicing model depends on the installation option the customer selects.
• Customers installing Windows Server 2016 with Desktop Experience or Server Core: There are no changes in the servicing model and customers will be on the Long Term Servicing Branch (LTSB) model, which comes with 5 years of mainstream support and 5 years of extended support.
• Customers choosing the Nano Server installation option: Customers will opt into a more active servicing model similar to the experience with Windows 10, with periodic releases known as Current Branch for Business (CBB) releases. This approach supports customers who are moving at a cloud cadence of rapid development lifecycles and wish to innovate more quickly. Since this type of servicing continues to provide new features and functionality, Software Assurance is required to install and use Nano Server.

20. Can you tell me more about the Azure Hybrid Use Benefit ?
The Azure Hybrid Use Benefit (AHUB) lets you bring your on-premises Windows Server license with Software Assurance to Azure. Rather than paying the full price for a new Windows Server virtual machine, you will pay only the base compute rate. For each Windows Server Standard and Datacenter edition license covered with Software Assurance, customers can move or add incremental workloads into Azure across two instances, up to 8 cores each, or one instance up to 16 cores, and pay non-Windows (Linux) pricing.
• With Datacenter Edition: Customers get lower-cost instances in Azure as well as rights to maintain existing on-premises deployments.
• With Standard Edition: Customers still get lower-cost instances in Azure, but must assign the license to Azure and decommission the corresponding on-premises workload.

21. How should I think about hyper-threading in the core based licensing ?
Windows Server and System Center 2016 are licensed by physical cores, not virtual cores. Therefore, customers need only to inventory and license the physical cores on their processors.